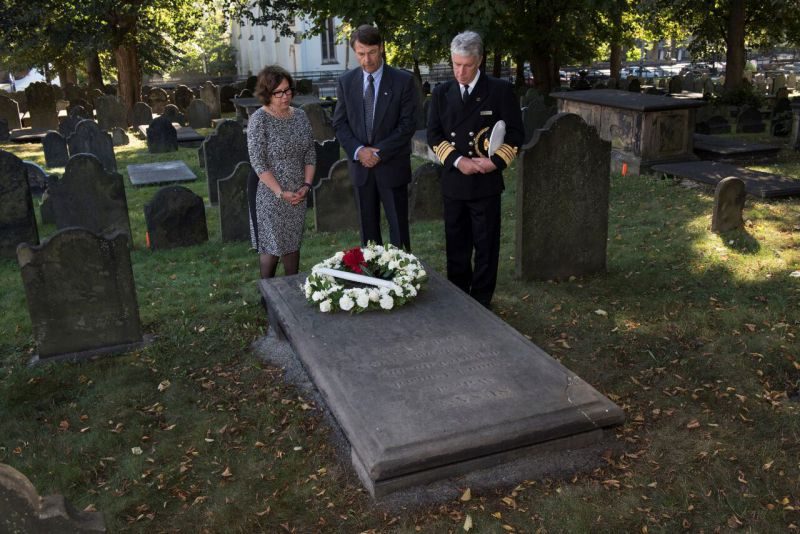 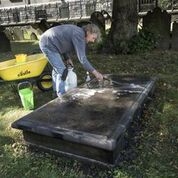 Following the wreath-laying event during its 175th Anniversary celebrations Cunard determined to help restore the Susan Cunard headstone in Halifax’s Old Burying Ground. In the months that followed and through the efforts of Heather Lawson, stone mason and conservator, the headstone was refurbished in time for a return visit to the OBG by QM2 Captain Oprey on September 10th. Samuel Cunard who lies an ‘ocean apart’ in Brompton Cemetery, London, England would have been proud.