Five years ago the Halifax Foundation was instrumental in arranging for a bronze statue of Samuel Cunard. The Implementation Committee of the foundation, lead by the honourable Alan Abraham included Robert Stapells, John Jay and John G. Langley. The Honorary Chairman was Commodore Ronald Warwick, since retired of Cunard Line.

The original location of the statue just to the west of the entrance to the offices of the Halifax Port Authority was temporary.  Work was recently concluded which saw the restoration and reconstruction of the adjacent Pier 23. A large section of the former warehouse structure was demolished, opening up the harbour to spectators for the first time in memory…and making the perfect courtyard to relocate the statue. Shortly after Queen Elizabeth was berthed, a ceremony took place around the statue which was flanked by ship’s officers and enjoyed by a large crowd who had gathered around the plinth in the warm morning sunshine. A short account of Cunard’s Halifax ancestral roots was given by CSS Chairman John G. Langley (see below for complete text of this address) Captain Wells responded on behalf of Cunard Line, following which members of the Paton family, the most direct living descendants of Cunard formally cut the ribbon to officially rededicate the statue. 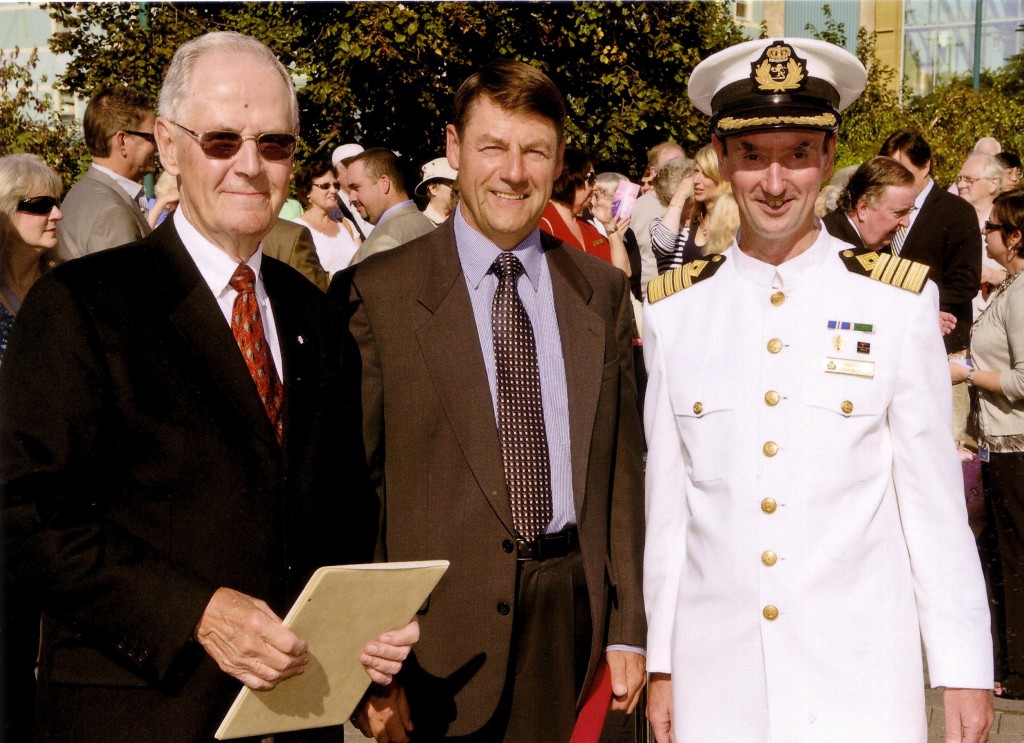 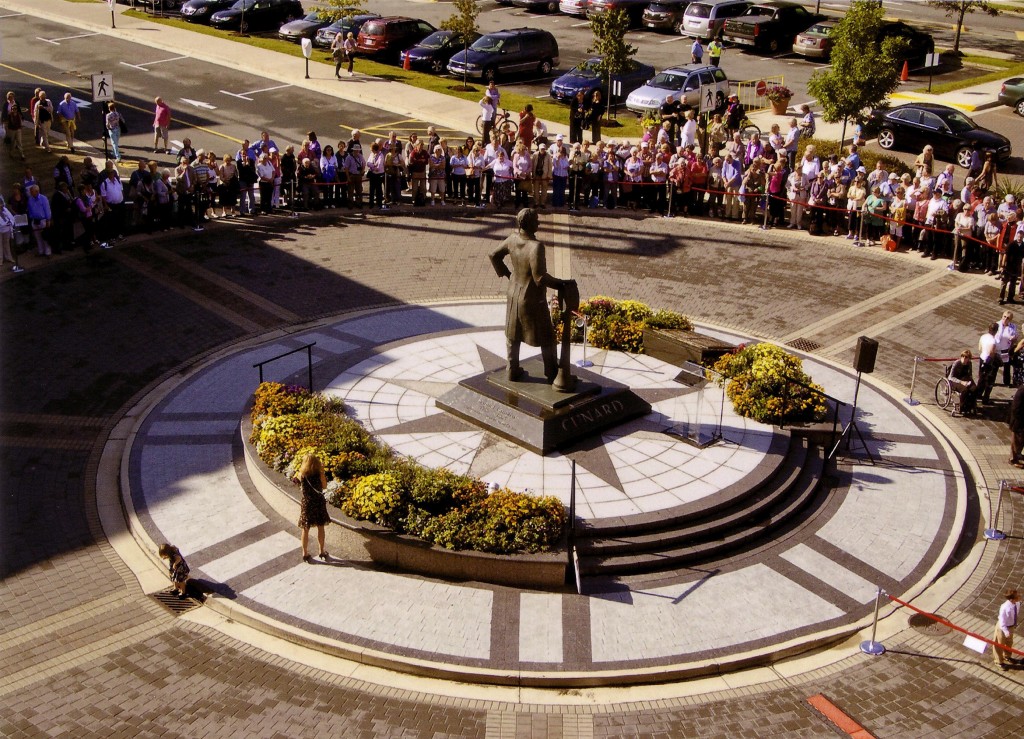 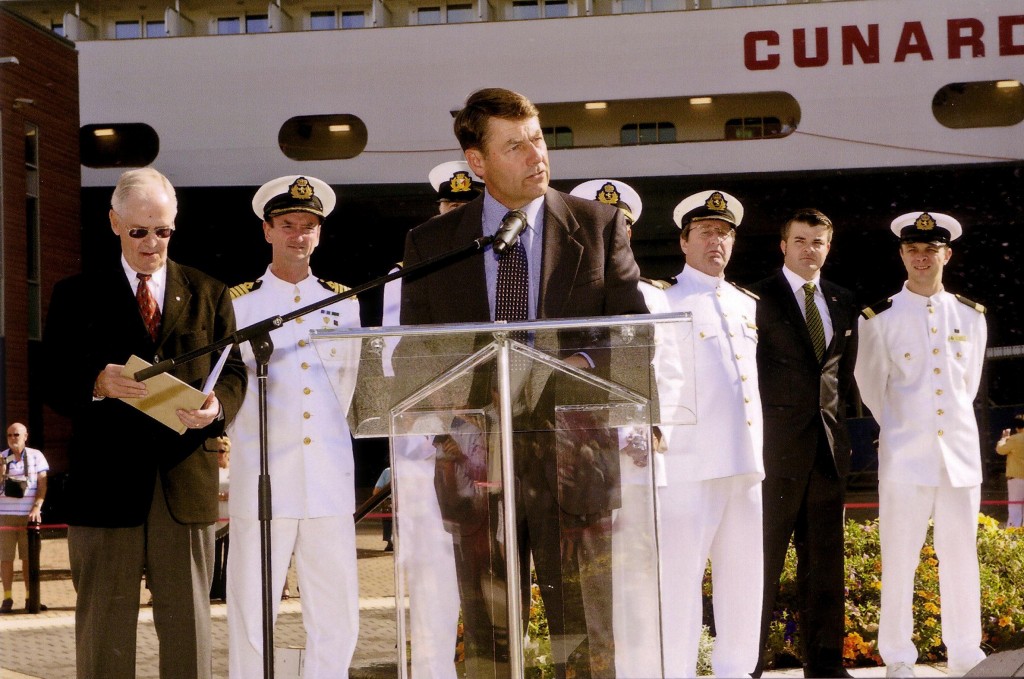 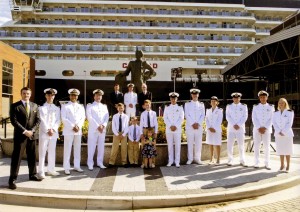 Above left: Cunard historian and author John G. Langley addressing spectators at statue rededication ceremony.
Above right: Officers of Queen Elizabeth, including Messrs Abraham , Langley and members of the Paton family pictured around the statue.

Read the full text of the rededication address