Sunday, September 25, 2011 was yet another pivotal day in the rich heritage associated with Cunard line, the company founded by Haligonian Samuel Cunard in 1839. The newest ship to join the Cunard fleet, Queen Elizabeth, making her inaugural visit , was greeted as she entered harbour in the early morning by Halifax’s maritime goodwill ambassador, Theodore Tugboat. Under the watchful eye of Captain Christopher Wells, the ship was eased into her berth at Pier 23, providing a superb backdrop to the onshore ceremony later to rededicate the statue of Sir Samuel Cunard.

Various dignitaries enjoyed a reception onboard Queen Elizabeth hosted by Captain Wells, followed by a luncheon in the ship’s Britannia restaurant. During the reception John G. Langley, Q.C. as chairman of the CSS presented Captain Wells with a portrait of Samuel Cunard for  display on  the ship. 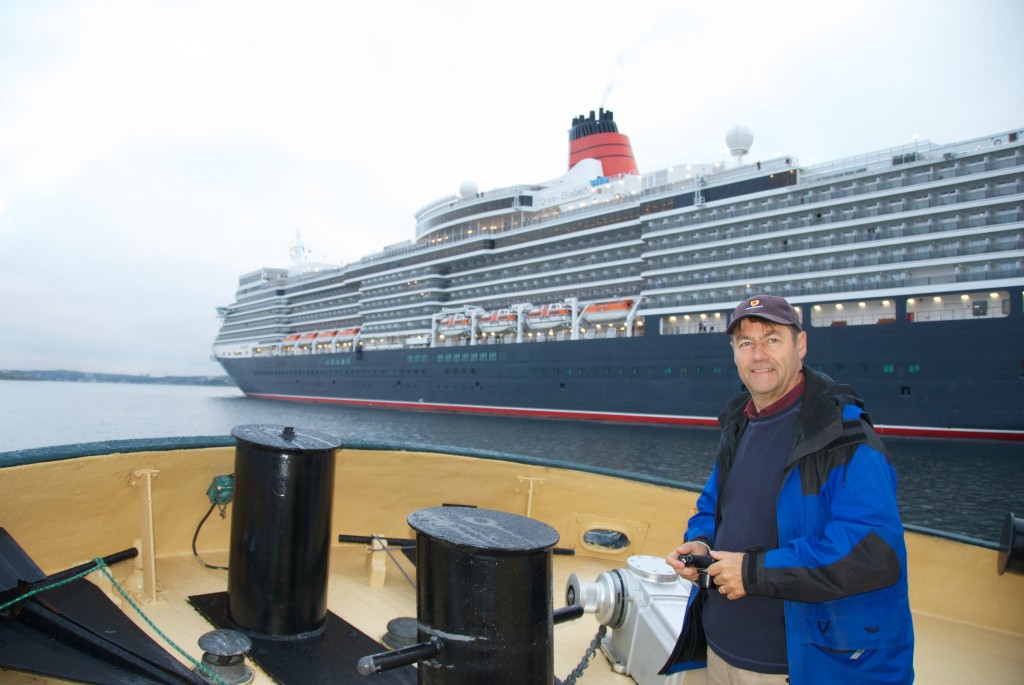 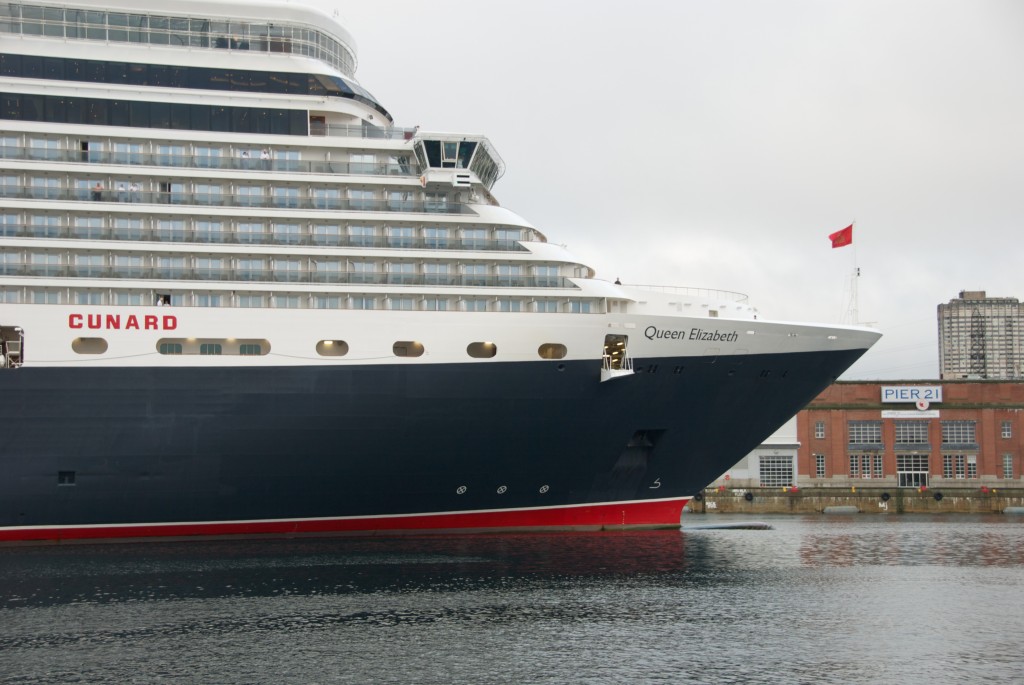 Above right: Queen Elizabeth approaching seawall in Halifax harbour, as have so many of her Cunard predecessors in years past. In the background, Pier 21, Canada’s Ellis Island, and this year designated as Canada’s newest national museum, provides the backdrop to the maiden visit of Queen Elizabeth. 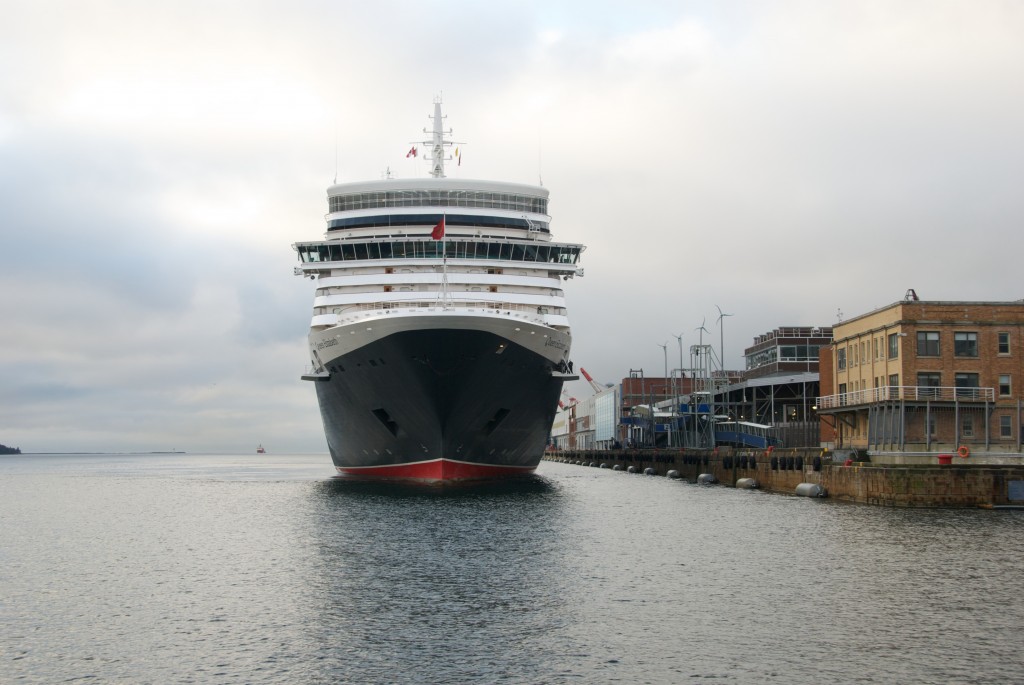 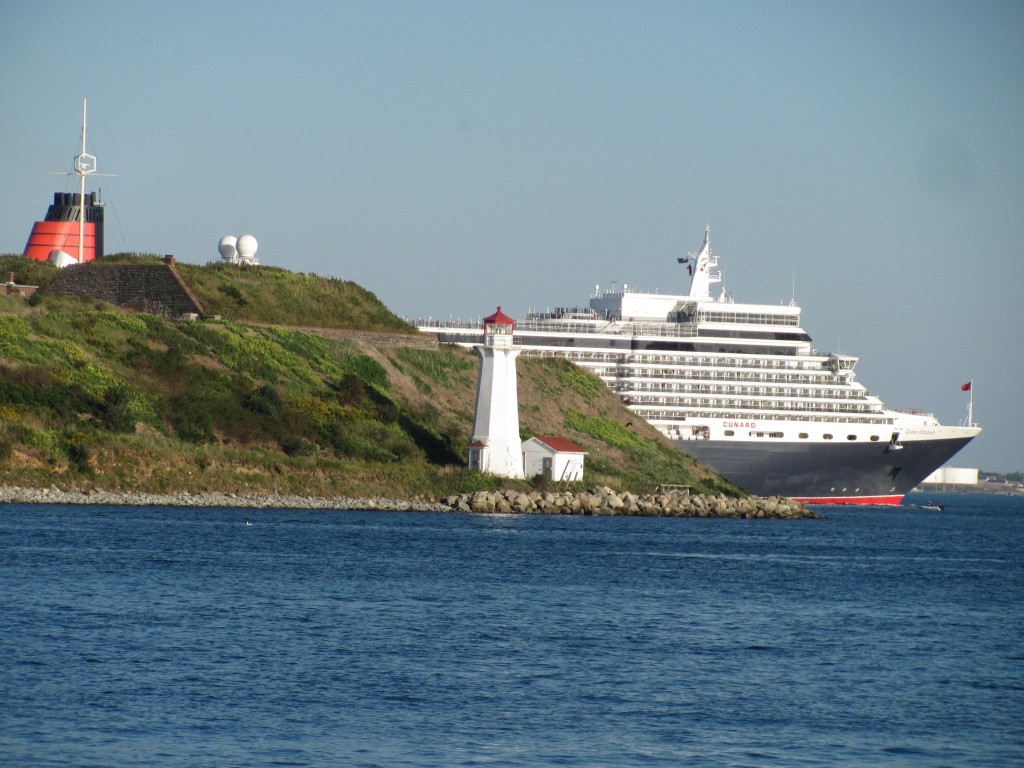 Above left: Captain Wells expertly manoeuvres his ship alongside Pier 23, overlooking the statue of Samuel Cunard.
Above right: In a spectacular fashion, with soundings of horn, Queen Elizabeth departs Halifax after making a grand sweep around the harbour, seen here emerging from behind Halifax’s historic George’s Island. 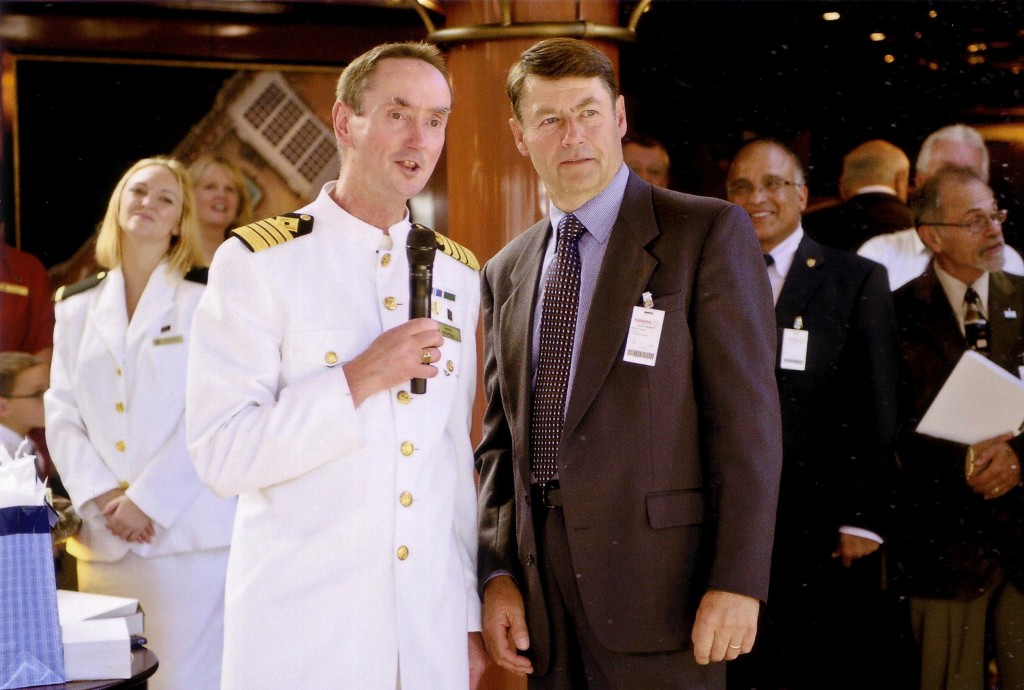 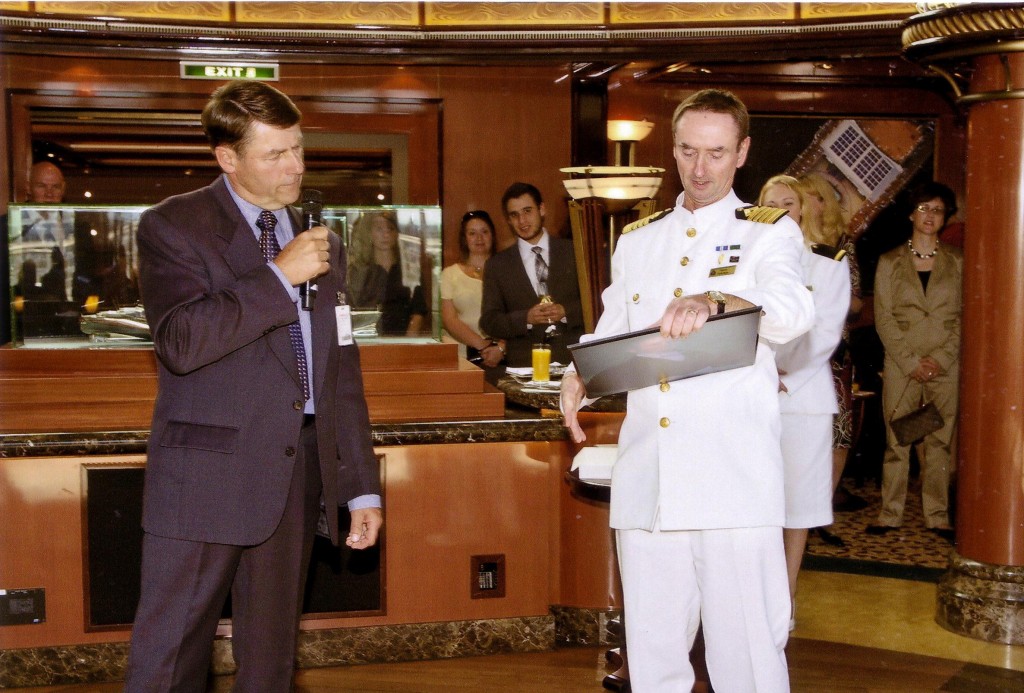 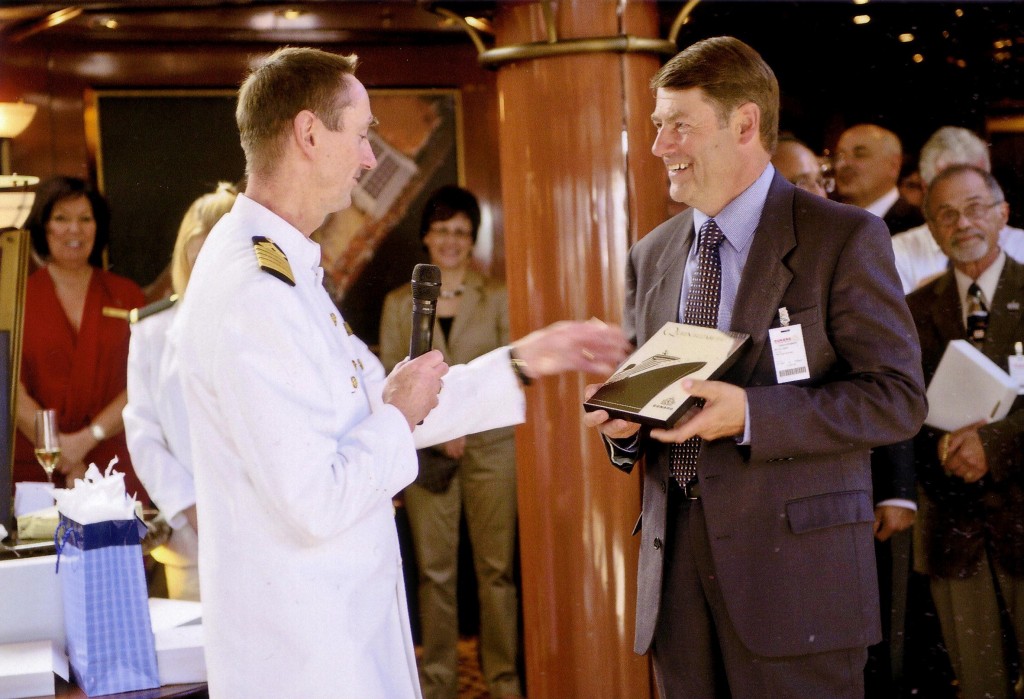