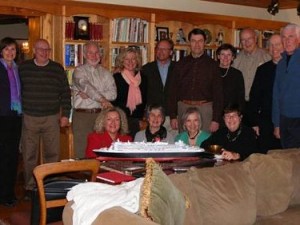 Throughout the winter and spring of 2010 plans were put in place culminating in a transatlantic crossing aboard QM2 hosted by Cunard Steamship Society of a group of scotch whisky aficionados from Nova Scotia. The mid-September crossing from New York to Southampton was followed by a week in the Highlands and a tour of Scotland’s famous ‘Whisky Trail’. The many gatherings of the group to ferment plans for the trip and the crossing itself gave credence to the old Cunard adage ‘getting there is half the fun!’ A couple of the lovely lady spouses were inspired to compose both song and verse to celebrate ‘the trip of a lifetime’. 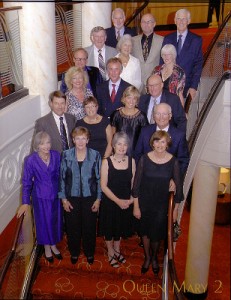 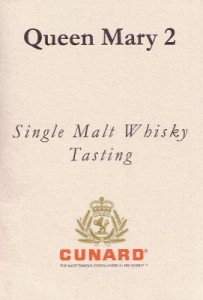 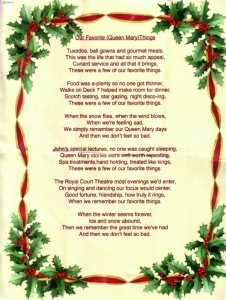 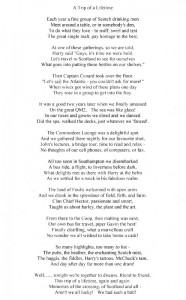 Above Left: New lyrics to an old tune composed by new Cunarders
Sue and Bruce MacIntosh (Click to enlarge)
Above Right: ‘A Trip of a Lifetime’ penned by host’s sister Sylvia Dingle.
(Click to enlarge)